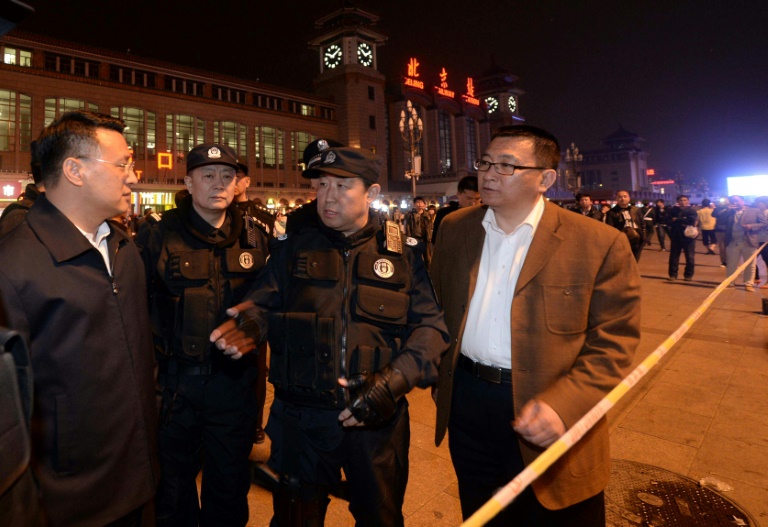 China’s former justice minister faces life in prison on Thursday after he was given a suspended death sentence by a court for taking bribes and “violating the law.”

The Changchun Intermediate People’s Court said in a statement that Fu Zhenghua’s death sentence will be commuted to life imprisonment after a two-year reprieve.

The high-profile sentencing, part of a sweeping anti-corruption campaign, comes just three weeks after a major political meeting in which President Xi Jinping is expected to secure an unprecedented third term.

The court said Fu, a former politician, abused his position in a series of senior positions between 2005 and 2021.

“(He) was denied political rights for life and all personal property should be confiscated,” it added.

From 2014 to 2015, when Fu served as director of the Beijing Municipal Public Security Bureau, the court said he concealed evidence of his brother Fu Weihua’s alleged crime and failed to handle the case according to law.

Fu is believed to have led a corruption investigation into former security chief Zhou Yongkang during his tenure as Beijing’s top police officer, who was jailed in 2015 for one of the most high-profile cases in the anti-corruption campaign.

Before entering semi-retirement in May 2020, Fu was a member of the Central Political and Legal Committee and Minister of Justice.

In October, when anti-corruption authorities launched an investigation into his dealings, he was deputy director of the Social and Legal Affairs Committee of the Standing Committee of the Chinese People’s Political Consultative Conference (CPPCC) — a largely ceremonial advisory body. .

More than a million officials have been punished in the anti-corruption campaign, which critics say is also a means of weeding out Xi Jinping’s political enemies since he took power in 2013.

The Chinese leader stepped up his anti-corruption drive ahead of a party congress in mid-October.

All three former police chiefs have been charged with embezzlement and received heavy sentences for corruption on Wednesday.

Gong, the former vice mayor of Shanghai and head of the public security bureau, was sentenced to life in prison for accepting bribes worth 73.43 million yuan ($10.4 million), state broadcaster China Central Television reported.

Deng, the former head of the Chongqing Municipal Public Security Bureau, was sentenced to 15 years in prison for accepting 42.67 million yuan ($6 million) in bribes, CCTV reported.

Liu, a former senior police officer in Shanxi, was sentenced to 14 years in prison for accepting $13.33 million ($1.9 million) in bribes, CCTV reported.

No comments to show.

You may have missed

How to unlock the MP5 in Modern Warfare 2

September 22, 2022
Modern Warfare 2 beta preload is broken for some Call of Duty players

September 22, 2022
Nvidia might have accidentally revealed the specs of the RTX 4090 Ti